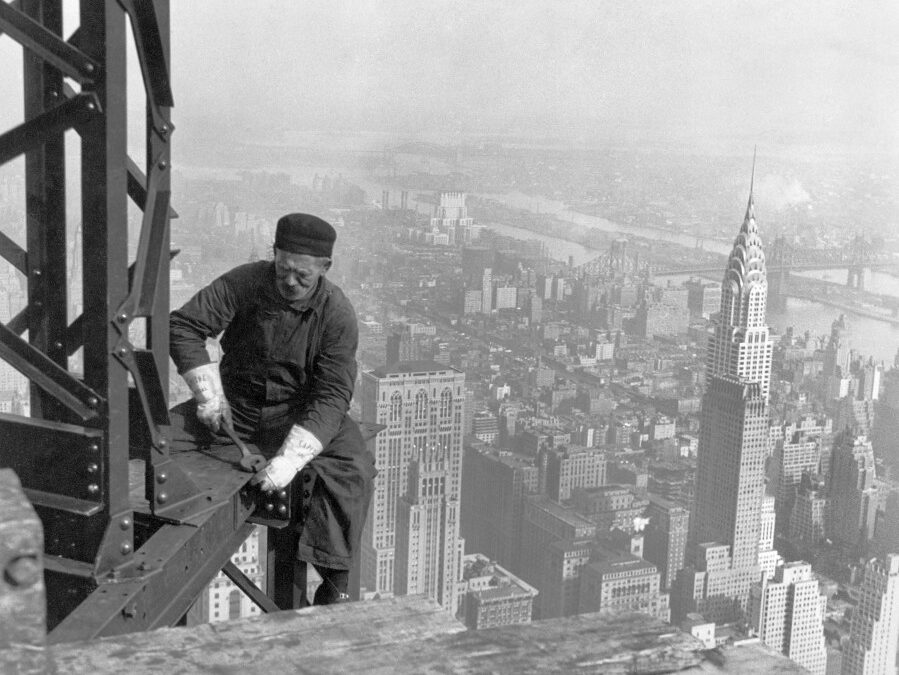 Note: This is a summary of Chapter 10 of my forthcoming book, THE FOREVER TRANSACTION.

Any business that has been around for two centuries knows something about adapting to changing marketing conditions. Bonnier AB is a private-held Swedish media company that was founded in the 19th century, and is now using a subscription model to tackle the challenges of the 21st century media landscape.[1] The company created the C More Entertainment Group, a streaming service that leverages the strength of their TV4 ad-supported television powerhouse. Facing local competition as well as international threats like Netflix and Amazon’s Prime Video, the organization focused on a relatively narrow catalog of uniquely Scandinavian content, including soccer, regional movies and series, and hyperlocal and beloved news and children’s programming. By 2017, C More Entertainment had hundreds of thousands of paying subscribers; they also had a significant base who’d canceled their subscriptions. The company wanted to double the number of subscribers who were paying for both TV4’s traditional services and C More. They brought me in to help them strengthen engagement and retention.

When we took a closer look, we found several issues. Prior to 2017, they’d had subpar streaming technology—many subscribers canceled for operational reasons. Since then, the company had invested in industry-leading streaming quality, but that message hadn’t reached all of the lapsed subscribers. A second issue was the fact that they solicited new subscribers by marketing a blockbuster movie title or a playoff match. This tactic attracted people who would “smash and grab”—sign up, watch the movie and then cancel before paying. Many of the people who loved their offerings most, older fans of local content, weren’t proficient using the streaming service and needed help making it a habit. Finally, C More was competing for resources with the traditional ad business of the parent company, rather than building a unified strategy for long-term service of their best customers. None of these issues was a huge problem on its own, but together they exerted a significant downward pressure on revenue.

You’ll face many challenges when scaling up your forever transaction. These setbacks might seem unique to your organization, but they are somewhat predictable. Ultimately C More scaled successfully, but first they had to slow acquisition and focus on Customer Lifetime Value, improve their streaming technology and tighten trials. In 2019, C More is one of the most popular streaming services in Sweden. In 2018 C More and TV4 were acquired by the telco Telia for 10 billion SEK (about $1B USD), which was a good exit for all. Although the company had a rough start and initially underestimated what was needed to succeed, they pulled it off in the end.

Sometimes organization attempt to support both the old and new way of doing things and run out of time. They might use a soft launch to get data before fully committing, rather than ripping off the band aid. But sometimes people lack the necessary skills and processes to make it work.

There are enough subscription businesses to assemble a playbook mapping out what each department needs to do and know to make the transformation. But companies still proceed as if they’re the first to navigate these waters. Significant analytical horsepower has to be applied to reinvent everything from the metrics to progress-tracking to processes to team roles and functional expertise.

Launching a subscription or membership business adjacent to a successful business in operation can be a double-edged sword. You may benefit from having access to an established, well-known brand, strong marketing channels, and sophisticated analytics and research teams, but there’s a lot at risk if the transformation doesn’t work.

There’s some truth in these concerns. Start by acknowledging, and then assessing the risk of cannibalization and, if possible, design early product offerings to minimize it.

One way to mitigate risk is to perform small tests so you know how major an issue cannibalization is likely to be.  Another method is to price the subscription on the high side; if you don’t get as much lift, you also don’t risk as much revenue. You can test and learn about usage patterns, effective messaging and other elements that will contribute to the business’ long-term success.

Dealing with a Middleman

Another challenge you may face, whether or not you are operating inside a larger company, is dealing with intermediaries. Many content providers have most of their business through cable and satellite companies or depend on movie theaters and radio play for distribution. Many product companies sell through retailers, resellers or dealers; these entities have a more direct, personal and ongoing relationship with customers.

Tactics like subscription pricing or a membership programs can help these companies establish direct relationships with their customers. But it’s risky to move all at once. For example, if all of your business goes through a single third party, adding a direct channel may be viewed with suspicion and anger by that third party channel. Your distribution partners may view your direct channel a competitive move. Even businesses that have established successful direct channels still sell through retailers. Customers might not be ready to move to direct. You need to be where the customer is—it’s ok to nudge them toward change, but you can’t force them (unless you have a monopoly).

In these cases, be clear about what you need to learn before committing to a direct relationship. Understand what kind of leverage you’d need to wield with channel partners to be allowed to continue with your direct relationship. If your business is global, you might have some markets with partners and others where you can start fresh and go direct. Build your understanding and your leverage in these markets before giving up the middleman.

I’ve devoted Chapter 11 of my book to the process of transforming your tech stack, so this is just a reminder about unexpected technology hurdles. It’s difficult to figure out your requirements; once you actually start evaluating vendors and implementing the software, you might discover dependencies that expand the scope of the project and the number of stakeholders. Remember, your mantra should be to keep it simple and get to market with the minimum footprint. Otherwise, you might attempt such a major project that you never actually get to launch.

What if your company hits a bump in the road that is totally unrelated to the Forever Transaction? Someone sues you, or your key product guy is poached, or things take off in Latin America and it’s all-hands-on-deck to manage demand. You need to be flexible and able to pivot, slow down or speed up your process.

There are two schools of thoughts about how the project lead should respond. One approach is the “one firm” approach, in which the project lead views the situation as if they owned the whole company, and pinpoints the best thing to do. The other approach is the “advocate” approach, in which the project lead fights with full force to ensure her project wins the maximum resources. The latter approach resembles a litigator in a law suit, zealously representing their client’s interests. The board decides but needs to hear the strongest case from each party.

What if you implement your experiments and expand your programs, and they don’t work as you’d hoped? Failure is bound to happen along the way. You might price your offering too high and get a lower response than expected. Cannibalization may be higher than you’d predicted. Maybe the technology itself doesn’t work as promised and you have to deal with an angry customer base.

Things like this will happen. It’s important to calibrate expectations up front, sharing plans for handling setbacks. If you have clear guardrails for terminating your efforts, then if you don’t hit the guardrails, you keep going. It’s important try multiple different tests before conceding defeat. Track whether your offer is compelling enough to entice people to join, and whether it delights the customer sufficiently to justify a long-term relationship. If there’s product market fit, then small setbacks involving product mistakes and execution mishaps can be withstood.

Remember: you’re in it for the long haul; set expectations accordingly. Expect some technology setbacks, partner conflicts and pushback from colleagues and investors. If you have an existing successful business, you’ll worry about cannibalizing your existing revenue. It’s daunting to take this on. I’m asking operators like you to take a big risk, and I don’t take that risk lightly. I truly believe that this path to recurring revenue and commitment to the long-term well-being of your customers leads to a stronger and more profitable business. Many organizations have found this to be a risk worth taking. I believe you will too. 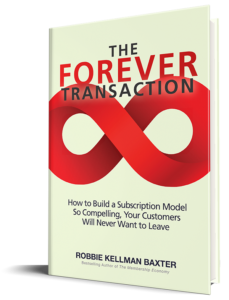