Why manufacturing is about to be disrupted by the Membership Economy 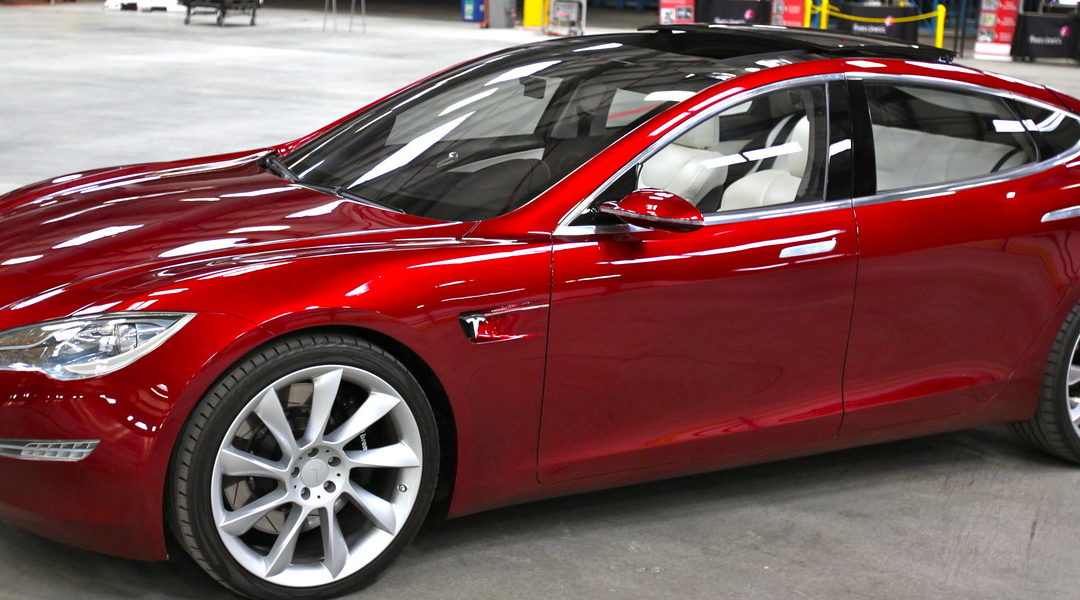 My first job after business school was as a product manager at an enterprise software company. I picked it because it was one of the first companies experimenting with what today we call Software-as-a-Service, and I could see that was going to be the future.

It just made so much sense. The old business model had been a licensing one. You paid a one-time (huge) fee to own the software and be able to run it on your site, using your own hardware. If you wanted to customize the software, you hired a professional services person to code it. Most people also paid for a maintenance contract for basic upgrades and bug-fixes. But if you had customized the software at implementation, then anytime you wanted to upgrade the software, you had to bring the professional services person back.

Software-as-a-Service, or SaaS, flipped the model. Instead of a perpetual license, you subscribed to access the software, which was hosted on the vendor’s own hardware. Instead of customizing the software, you configured it according to some simple options. Lots of advantages are created for the subscriber with this model:

· No big investment up front

· Confidence that they always have the latest version of the software

SaaS has been a wildly successful model because it works for the customer and the vendor. The vendor benefits from economies of scale with the hardware and maintenance, increased speed and ease through the selling cycle, the ability to track performance and apply behavioral learnings, and, probably most importantly, to generate predictable recurring revenue.

20+ years ago, when I graduated from business school, SaaS was seen as groundbreaking. When I began advising software vendors who were transforming their businesses from premises-based to SaaS-based, they told me that they lacked the right skills, that companies “needed” to own the software, and that SaaS was just a blip on the radar in the bigger enterprise landscape. Subscription might work for newspapers and Netflix, but not for something serious, not something that corporations depended on.

Oh how times have changed.

Today the biggest names in Business Software…Oracle, Microsoft, Salesforce, all use SaaS as their primary business model. Companies who didn’t make the move are gone.

Now we are poised for the same kind of massive transformation in the physical world, with heavy manufacturing. I’m talking about jet engines, combines, cranes and of course automobiles.

After a recent talk I gave at Purdue University for the Association of Equipment Manufacturers, I was talking to Tim Chou, an author, investor, Stanford lecturer, and all-around brilliant guy focused on the Internet of Things. Because of his background in software (he was the President of Oracle on Demand, combined with his more recent work in IoT, Tim has a unique perspective. We had an interesting discussion about the lessons manufacturing can learn from the disruption of software.

In the first phase, these companies build subscription-services around the product. The software companies started with after-market customization, maintenance and upgrades, often on a subscription basis and usually via human beings to provide the service. Then they moved to a model where they actually rebuilt their product from scratch to be optimized for subscription—all the benefits were built inside the software itself.

Look at this article in this weekend’s edition of the Wall Street Journal. “Can Detroit Become a Software Business?” If the auto industry goes software, it’s likely to be software-as-a-service…subscriptions. 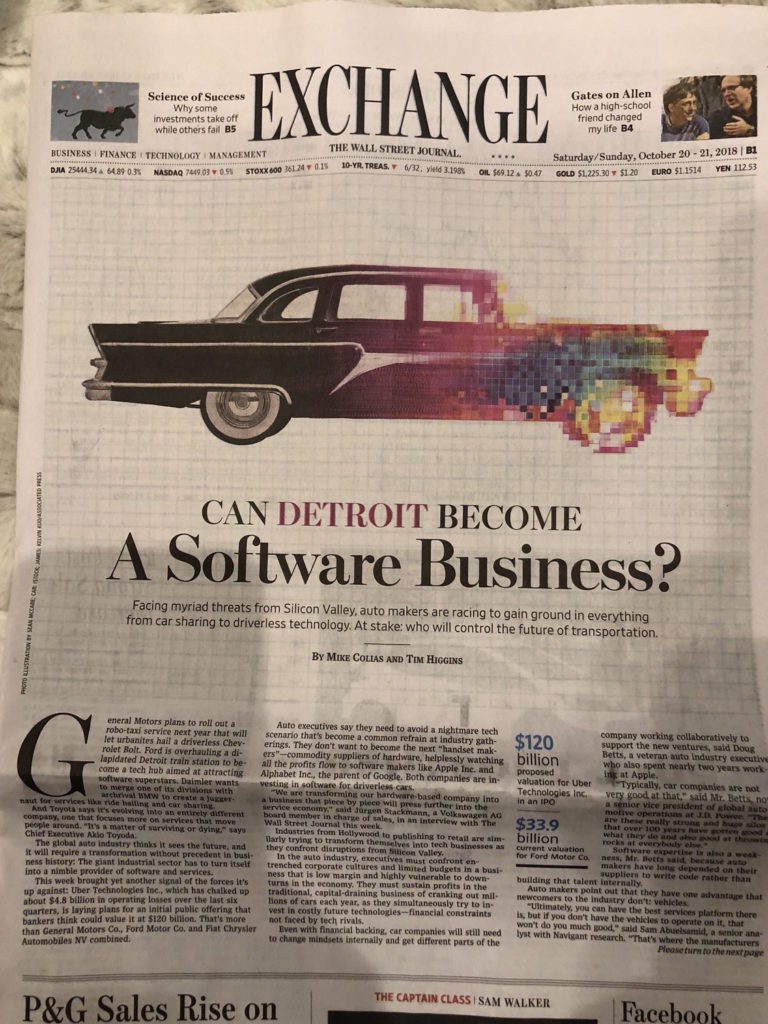 In the past 10 years, we have seen lots of new models around car ownership. It used to be you had to buy, rent or lease a car. But disruptors with roots in the software world (not the automotive world) made it possible to share members’ own cars (Turo), share the company’s car (Zipcar), or pay by the ride (Uber, Lyft). Some traditional manufacturers dipped their toe in—Volvo, GM, Porsche all offer different flavors of subscription access to their cars.

But the first manufacturer of cars to rethink how cars were built, to optimize for service, is Tesla. They started with the software and built the machine around it. And that software allows car owners to have automatic upgrades delivered direct, so they always have “the latest model”—without visiting the dealership. The company also uses the data they collect to continuously come up with new ways to enhance the member experience. While a Tesla looks like what we think of as a car (a beautiful one) it also has a computer screen to replace all the knobs and buttons we are used to seeing on our dashboards—a more elegant and integrated experience.

Car companies are scrambling to catch up, but so far, most are still just squeezing in features here and there, without rethinking the whole concept of “car” with a service-first orientation.

Going beyond automotive, what could Tesla mean for the equipment industry? What would it be like to subscribe to a crane? A bulldozer? A 3d printer? It would have to go beyond a service contract, that’s for sure. It will include telematics, built in intelligence about what the machine is doing, as well as applied information from other sources–weather or market prices, for example. Maybe customers could access a fleet of machines based on their needs each month, like a Netflix for equipment. Or maybe they could pay for the machines on their premises based on the results of that machine.

The future of manufacturing isn’t going to be products with a little software tacked on. It’s going to require totally new products, new business models, and likely those that involve a long-term focus on what the customer really needs, not “selling product” as usual. We’re talking hours of jet power, or tons of debris removed, or miles of road built—benefits without the risks and liabilities of owning the machine.

If there were ever a place where customers would value access over ownership, it would be with the capital intensive, maintenance-demanding world of equipment and machinery. 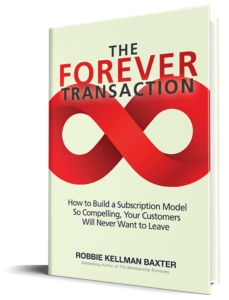